VIEW FROM THE SERVICE PARK 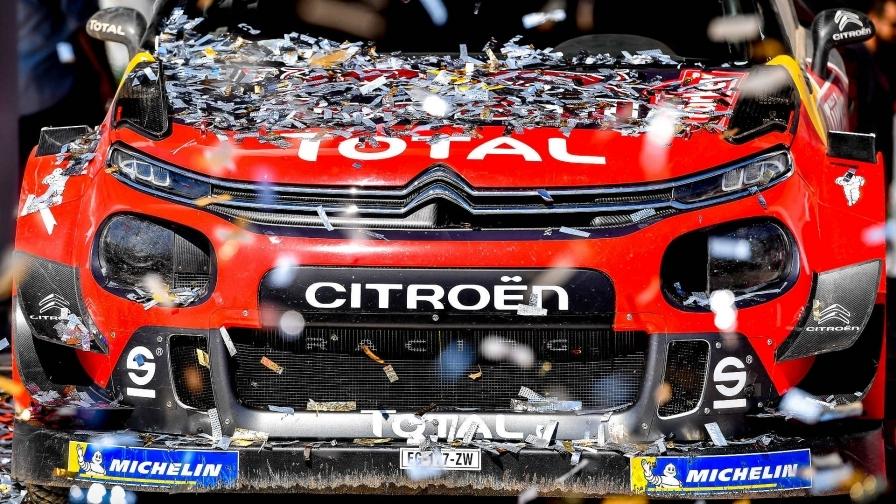 THERE’S NO DENYING THE SUN WAS SHINING IN TURKEY LAST WEEK. AND IT SHINED BRIGHTEST ON THE SERVICE PARK’S RED CORNER.

The dark cloud that sat over the top of Citroën Racing as Sébastien Ogier and Esapekka Lappi limped back to Bostalsee in Germany three weeks earlier was blown away by one of the French manufacturer’s hottest performances in recent memory.

The moment which, perhaps, best encapsulated Citroën’s weekend came around 8am on Saturday morning. Lappi found a seat in the morning sun, flipped his cap around back to front and found a moment to relax.

Ogier looked anything but relaxed. He was deep in conversation with his engineers and some of Michelin’s brightest sparks. What were they talking about? Surely he wasn’t thinking of taking the medium tyre?

The Frenchman would start Saturday ninth on a road where much of the Yesilbelde surface had been swept clean to reveal an achingly hard, uncompromising and tyre-wearing 33km. And there were two more stages to follow. Surely, not even Ogier could manage a set of mediums for that long?

Turns out he could.

We’ve long been aware of the six-time champion’s ability to keep his car straighter and take a more progressive approach to the longitudinal strains placed on the rubber beneath him, but this was some of his best work yet.

The last tenth of SS8 was, by his own admission, a bridge too far for the tyres, but it mattered little. In the preceding nine-tenths, he laid the foundations for one of the great stage times of the modern era.

Typically, there was no fanfare and no fuss at the finish. Just an acceptance that he’d done a ‘good time.’ The real appreciation came three minutes later when Lappi landed on the same stop line. Eyebrows raised and slight blow of the cheeks, he confirmed a ‘crazy time’ from the driver dressed in the same colours.

Hadn’t he thought of a medium tyre? Not a chance. He couldn’t make that fly. Lappi’s disarming honesty was, as always, as welcome as the rays of sunshine he enjoyed earlier that morning – happy with his selection of hard Michelins.

It’s easy to reach for clichés about winning and losing together, but seeing Citroën rise again and seeing Ogier and Lappi turn seventh and eighth in Germany into first and second in Turkey was a great story.

But it wasn’t the whole story. It was just a chapter. The truly great story of 2019 is still being written and the series’ time on the Turquoise Coast added yet another twist and turn to an already compelling tale. How can it be so long before Wales Rally GB?