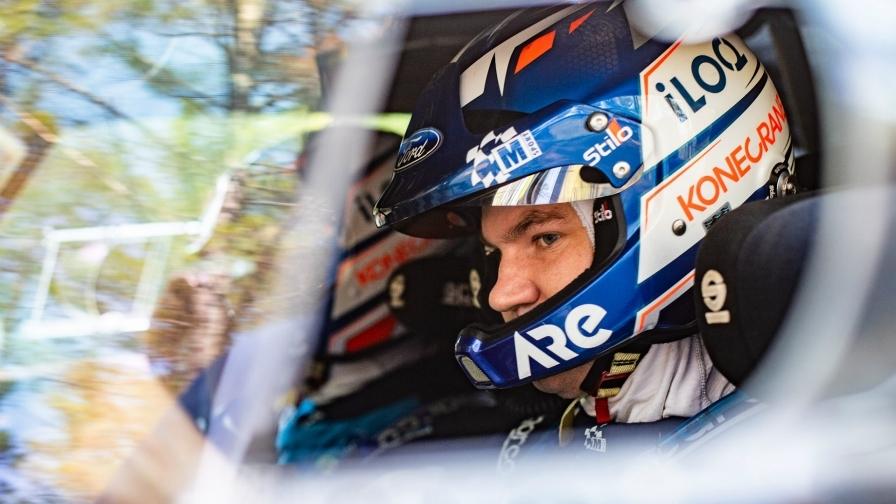 TEEMU SUNINEN HAILED A ‘BIG STEP’ FORWARD IN HIS PERFORMANCE AT RALLY TURKEY AFTER FIGHTING FOR A PODIUM PLACE THROUGHOUT THE WEEKEND.

The M-Sport Ford driver eventually finished fourth, the same result as 2018, but said he was a lot faster this time around. The Finn finished 1min 35sec off winner Sébastien Ogier’s pace in his Ford Fiesta, compared to more than four minutes adrift 12 months ago.

“I have taken a very big step from last year,” said the 25-year-old, who was in the top five for the duration of the gravel stages and ran as high as third on Friday night and Saturday morning.

Ultimately, he lost a podium battle with Hyundai’s Andreas Mikkelsen on the final day, when he damaged his car’s rear diffuser.

Suninen continued: “I showed good pace and have managed to be really consistent. I think I could still drive a little faster, but then I’m not sure about making the finish.

“On the rally in Turkey you need some margin to avoid the lose stones. You need to be able to change the line by just 10cm or something to be able to take the stone to the sump guard and not the tyre.”

Team principal Rich Millener was pleased with Suninen’s improvement, which has thrust him into a massive seven-driver scrap for fourth in the championship. The seven are blanketed by 22 points, with Suninen currently seventh, only 11 points behind Andreas Mikkelsen in fourth.

“Teemu delivered a really strong drive and it’s great to see how far he’s come over the past year. He had the pace this weekend, but he also showed a real maturity and it was particularly good to see how well he managed the tyres on Saturday afternoon.

“He’s in the battle for fourth place in the championship now, and if he carries on like this there’s no reason why he can’t fight for it,” said Millener.