The ideal “monster” for the rally. Lancia Stratos HF – what kind of car is this? 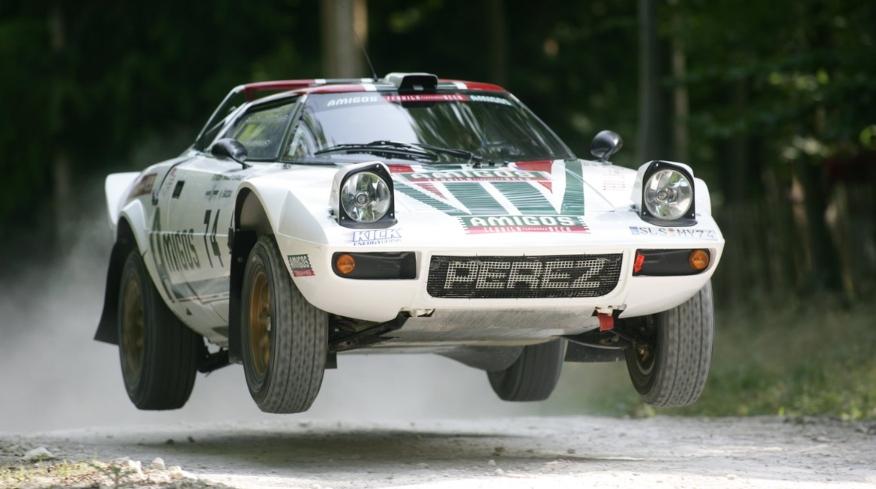 In the last century, a lot of attention was paid not only to the technical component of cars, but also to their appearance. The drivers were presented with exhibits resembling futuristic ships, which were difficult to associate with the usual mode of transport.

Know-how was actively covered in culture. Even banal chewing gum inserts contained an image of the technological miracle of the time. And, if we consider extraordinary cars of that time, we cannot ignore the real “leader” of futuristic ships – the legendary Lancia Stratos HF car, which managed to excel in the sports industry.

The car was created with love and care by a whole staff of Italian engineers. Other specialists were involved, including designers, as well as businessmen who actively advertise the finished product. Even the name of this model has a hidden meaning. What is worth mentioning is Marcello Gandini, who played a key role in the development of an extraordinary design. The creation of a “monster” for the rally was not without the participation of Enzo Ferrari. What is special about this car?

At the heart of everything is a concept called Stratos Zero. It was shown to the audience in the fall of 1970. The audience saw a low body with a swift profile. The windshield was almost flush with the ground, and the wheels differed in diameter. In the appearance of the car, we immediately recognized the features of the famous Marcello Gandini. The maestro of sports cars did not change his habits, trying to convey his own style in all his creations.

The concept was just amazing. His eccentricity attracted Cesare Fiorio, a man who held a senior position in the sports division of Lancia. Cesare was so impressed with the development that he wanted to give the technological miracle the right to life, but as a rally car. He wanted to do it under his own brand.

The idea was approved by the technical director, whose name was Giovanni Tonti. He was able to catch in the novelty a potential replacement for an outdated sports car. But already here there are difficulties.

The interested parties easily found a common language, agreed on cooperation, but the initial concept of the car was a little far from participating in the rally. Due to the inevitability of the situation, a strong-willed decision had to be made – to “ground down” the design of the car, but to upgrade its technical part. These conditions were acceptable to the Bertone studio, after which work began.

The rally “monster” is awakening!

Before the novelty was born, a very interesting event took place, which can be called a “sign from above”. At the end of the 60s. there was an accession of Lancia to a large concern. Albeit indirectly, but this contributed to the company’s refusal from the old version of the motor. As an alternative, a new engine was proposed, which developed a power of 190 “horses”, against 130 that were previously. This motor belonged to Ferrari.

It was joining the concern that made the task easier. There is no guarantee that Enzo Ferrari would have given his consent to the use of the engine in the novelty. But things turned out well. Ferrari was part of the concern that Lancia joined. In order not to harm cooperation, Enzo gave his permission.

Two years have passed. In 1971, a new car was shown, literally adapted for rallying. The name of the novelty is Lancia Stratos HF. Yes, the appearance was strikingly different from what was previously presented to the public. It is possible that most connoisseurs were disappointed by what they saw, because the car looked … ordinary.

They did a lot of work on the body of the car. It became completely different than it was presented in the original version, even if there were arrow-shaped outlines and a low profile. The first version of the car was planned to be made of aluminum. In the rally model, they decided to give fiberglass a chance. This decision allowed to significantly reduce the weight.

Previous engine models have been discontinued and discontinued. The Lancia Stratos HF was powered by a Ferrari Dino 246 GT engine. It is curious that a 5-speed manual gearbox was installed in the car.

At first it was planned to make a rear-engine layout, but after that the emphasis was shifted to a mid-engine one. This could have been done for better weight distribution. The car was calculated for only two passengers, and the rear-wheel drive made its dimensions smaller. The length of the car reached 3.7 meters, the width was 1.75 m. The weight of the car is a separate topic for conversation. Thanks to the use of fiberglass for the manufacture of the body, it was possible to reduce the weight to 980 kg.

Acceleration to hundreds was only 6 seconds. The maximum speed indicated on the speedometer was at around 230 km / h. This was more than enough to become the winner of rally races.

The first cars produced showed a number of problems in tests, which the engineers began to eliminate in a hurry. The specialists worked on the steering, upgraded the suspension, and improved the engine cooling. Success was not achieved immediately, but two years after the introduction of the first model, the first sporting achievement was accomplished. Lancia Stratos HF won rally races in Spain. After another 6 months, the car took the lead in the prestigious Tour de France competition.

The victories literally turned the creators’ heads, after which they took a huge risk, declaring that the car would take part in the 1974 rally championship. The tournament was played by Sandro Munari, who was not immediately behind the wheel of the “monster”. He first tested the strength of his opponents on the Fulvia HF, only after moving on to the rising star of the rally. The latter helped the rider take the lead in three races, and the Lancia team was crowned champions.

The machine never ceased to show that it was literally created for this sport. The following year, two drivers from the Lancia team managed to emerge victorious in four competitions, beating even FIAT. In 1976, the season was accompanied by no less achievements, because all the riders performed on the sensational “horse”.

In 1978, the release of the Lancia Stratos HF was discontinued, but this was not the end for the car’s participation in sports battles. The cars featured in the rally for several more years, sometimes taking prize positions. The last case of success dates back to the 81st year, when the Rally Corsica tournament took place. Although the career was fleeting, but the car managed to become the winner of 18 races only in the championships. Other events were not taken into account.

There is another purpose

During the release of the car, about five thousand Lancia Stratos HF models rolled off the assembly line. Manufacturers tried to focus their creation on consumers as much as possible, so they made a limited series for civilian use. The name of such machines was attended by the prefix “Stradale” in the name.

We can say that Lancia was the first in the world to adapt a racing car to civilian needs. Years passed, the car continued to become more and more popular, acquiring a number of fans outside of its native country. At one point, the car was considered a classic, and also began to be associated with rally sports. There were attempts to restart production, but they were unsuccessful.

In 2017, an auction was held in the United States, where one of the Lancia Stratos HF models with chassis number 44 was sold. 22 bids were accepted for the car. The lucky owner of a classic car paid for it… $475,000. The high cost was due to the almost complete lack of mileage and excellent technical condition.