Aerodynamic elements in a car: what types exist and why are they needed at all 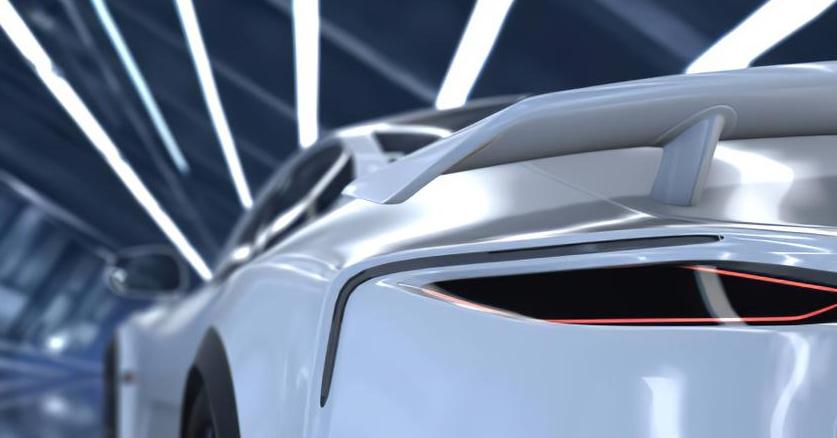 Visiting various cultural events on weekends or during your holidays, you have probably, at least once, found yourself at an exhibition of sports cars, and maybe even at professional car races. Cars at such events amaze with a variety of colors and shapes. Have you ever wondered: “Why does a car need outstanding elements, spoilers, wings and air intakes at all?”

This design of a racing car is due, first of all, to the peculiarities of its use. The main goal of the race is to get ahead of all rivals and be the first to reach the finish line, and for this you need to develop the maximum possible speed.

How did the need for aerodynamic elements arise?

Previously, ordinary cars took part in the races, which were technically improved by self-taught masters: the engine improved, power increased, and other technological changes were made. However, in fact, it was not possible to achieve high speeds. Racing cars were only marginally ahead of conventional vehicles. Here, physics came to the aid of auto designers. It has been observed that, on average, the highest speeds are achieved by cars whose bodies have more rounded corners and do not have protruding parts. So, it became clear that in order to increase the speed indicator, it is necessary to improve the aerodynamic properties of the car.

This principle began to be actively used in the design of racing cars, however, over time, new shortcomings were discovered. Such cars were undoubtedly fast, but the shape made them vulnerable to the road: developing a high speed, the car began to “jump” on the road, which could eventually lead to a serious accident. It was necessary to reduce the risk of the car overturning on the move, without sacrificing speed. To achieve this goal, a number of aerodynamic elements have been developed for racing cars.

In order to understand exactly how the spoiler works, you need to understand why the car takes off the ground at high speed. It’s all about the pressure difference: there’s a lot of pressure between the track and the bottom of the car, while the pressure above the roof is low. High pressure under the car arises due to the speed of air movement, which means that this problem needs to be solved.

The lower spoiler just helps in this matter, simply not letting air flows under the bottom of the car. Thus, an area is formed under the car where the pressure is reduced, and the transport is, as it were, attracted to the ground due to the difference in pressure. To improve the effect, similar elements can also be added on the sides of the hull – in this way, the area under the bottom, one might say, is sealed from wind currents. This solution, however, is not suitable for all vehicles. Firstly, additional elements will not allow driving on rough roads, as they will constantly rub against the road surface, and in the end they will simply disappear. Secondly, not every designer will apply this technology, because although its effectiveness is obvious, it creates additional resistance on the front of the body, disrupting aerodynamics, and therefore slowing down the car, albeit slightly.

Perhaps you’ve seen cars with the bottom curved down towards the center? This is another technology that allows you to save the car from an accident. In contrast to the spoilers, this design option was invented, which does not restrict the entry of air under the bottom of the car, but accelerates its movement so that the pressure is reduced. The air, as it were, passes through a narrow corridor formed by a curved bottom and a track. At the same time, in front and behind the car, the bottom, on the contrary, is raised to let air in and out unhindered. Diffusers are usually located on the back of the case – special plates that are installed in the direction of air movement, and are designed to separate the outgoing air of its acceleration.

The essence of the work of this aerodynamic element is directly shown in its name. It looks like a plate, made in the form of an inverted wing: convex at the bottom and flat at the top, which is usually mounted on the rear of the body. Its special shape allows you to create a pressure difference due to the difference in the speed of air movement. The wings, for example, of an airplane, work as follows: their upper part is semicircular, and the lower part is absolutely flat. The air goes around the wing from two sides, but for different times. Due to the shape of the wing, air passes from below faster than from above, due to which flight takes place. With the wing, everything is the other way around: air passes through the flat upper part faster than through the convex lower part, which creates downforce for the car, preventing it from lifting off the ground. This technology is considered the most efficient, without reducing the speed of the car.

This element not only makes the appearance of the car more stylish and memorable, but also performs an important function. Any vehicle that has been operating at high power for a long time tends to heat up. Air intakes are a kind of pockets in the hood (and other parts of the body), which provide free air circulation, and hence active cooling. Such a system reduces the risk of fire and failure of elements due to overheating. Of course, the air intakes are usually protected by a metal mesh, which should prevent large debris and leaves from getting inside the sports car.

However, there is also a drawback: along with air, a large amount of fine sand and dust gets into the pockets, and therefore under the hood, so car care and cleaning of elements should be more thorough, and all systems should be checked regularly. Such a car must be constantly subjected to technical inspection in order to see the wear of parts in time, or a clogged element.

There are many different solutions to improve the aerodynamic properties of the car, and technology in this direction is constantly evolving. All these details not only look spectacular, creating a special impression, but also bring very real benefits, ensuring the safety of the driver during a race or a simple trip.