How much does a pilot lose weight in one race and why do teams need 760 tires a year? Top coolest facts about Formula 1 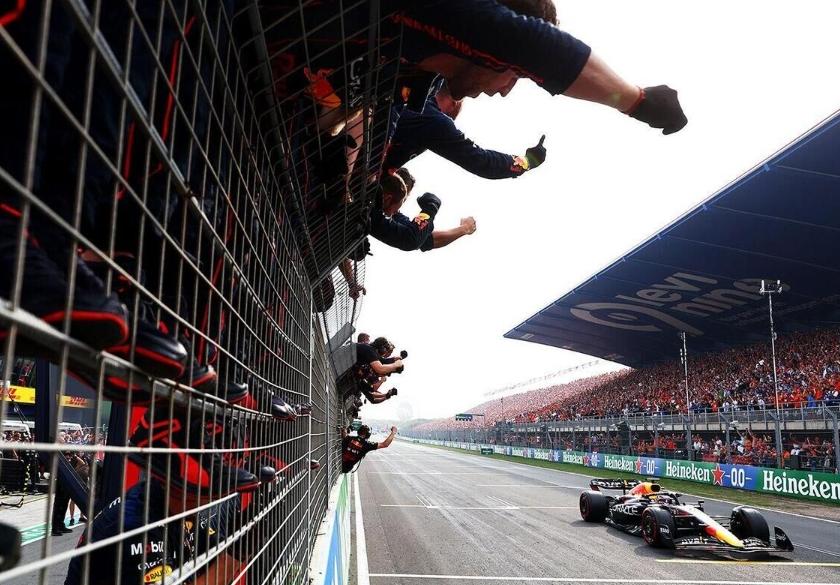 Formula 1 has been keeping fans on their toes for decades. By the way, Australia has an unofficial attendance record: in 1995, 520,000 people came to see the race with their own eyes! The competition is watched by millions of fans around the world. A1, together with A1 Telekom Austria Group, supports the Oracle Red Bull Racing team for the second year.

Why is the race so interesting to watch and why is it loved? The journalists of av.by also cannot pass by the spectacular and bright event. And on the eve of the final in 2022 Formula 1 Grand Prix in Abu Dhabi, which will be held on November 20, they talk about the most interesting and unusual facts from the life of the world famous competition. And there will not even be anything about Schumacher!

How do engineers try to “hack” the system and the rules of the race?

For those who are not familiar with Formula 1, at first glance, the race may seem quite simple: cars cut circles around the track for about two hours, screw into turns and overtake rivals at breakneck speed. However, behind all this is a whole system that works clearly and smoothly, like a Swiss watch. Let’s pay respect to history and briefly dive into theory.

From 1950 to 1980, the event was called rather prosaically – the World Championship for riders. Then came the usual Formula 1. The name contains the technical rules for the cars of the participants. And yes, all the teams design and build the cars themselves – that’s the “scientific” definition of cars participating in the competition.

The requirements for cars are an incredibly strict list of many rules. In short, racing is not only about a very cool and talented athlete, but also about the competition of minds and technologies. After all, not only the drivers themselves compete, but also individual teams – for the title of world champion of the Constructors’ Cup.

But even in such limited conditions, when the technical regulations of the race do not allow a step to the left or a step to the right, engineers are trying to “hack” the system. And how do they deal with it!

In 2020, the Mercedes team found a loophole, or gray area, in the regulations and used a system in their cars that allows you to change the alignment of the wheels on the go by pushing or pulling the steering wheel.

What is the first association caused by the name Formula 1 and everything behind it? Perhaps it’s the speed. Contrary to belief, the race is not the fastest in terms of the maximum developed speed on the track – it is 363 km / h. But, for example, in the Champ Car series, the maximum speed record, according to some information, was set in 1996 on a track in Michigan – 413 km / h! By the way, this is the highest figure in ring racing.

$400 million for innovative developments per year. What is the most expensive thing in a car?

For seven decades, fireballs have gone through stages of evolution. This is what the first copies looked like. Now this design seems a little ridiculous and funny, right?

Modern cars today, according to the rules of the race, cannot exceed 200 cm in width. The maximum height of the chassis is 52 cm! And the weight of the car is about 700 kg, including the pilot, excluding fuel.

As mentioned above, the teams produce cars using their own technologies. And compete in innovation. Therefore, in the history of the race, original technical solutions were born more than once, which influenced both racing cars and cars familiar to many.

In the late 1980s, Ferrari was the first to equip a racing car with gearshift paddles on the steering wheel. Since then, they have taken root in the design of racing cars. And over time, and on civilian vehicles.

What do molten lava and car brake discs have in common?

Their temperature during braking reaches – attention – 1,200 degrees Celsius. What can we say, if the car can slow down from a speed of 200 km / h in just 1.9 seconds!

And during racing, the car picks up speed more than it takes for some small planes to take off … What keeps a racing car on the track? Guess or climb into the search engine?

And a little about my favorite – about money. Now one F1 car is estimated at an average of $15 million, excluding development funding, inventions, research, design … There is information that the teams of Ferrari, Mercedes, Red Bull and McLaren are spending a cosmic $400 million to develop the best cars of the season. And this is a year, Carl! The most precious thing in a car is its heart. The engine will cost up to $10 million, the carbon fiber monocoque up to $1.2 million. And for the surrender, the teams will buy tires – up to $ 1,000 per tire. In total, the car consumes approximately 760 tires per season.

Why are pilots cooler than cosmonauts and what driver drove the Lada?

Not only for cars in Formula 1, there are many rules. Pilots are also covered. They say that their ideal weight is determined not by nutritionists, but by engineers. Riders must be about 175 centimeters tall and weigh around 80 kilograms. At the same time, well-built and in good shape, but not very muscular.

“Marina Bay” is one of the few tracks, the circuit of which is laid counterclockwise. When the track project in Singapore was just in its infancy, the future organizers decided to hold the first night race in the history of Formula 1 on it.

The Spa-Francorchamps circuit in Belgium is both loved and hated by pilots. For example, the last turn of the track before the finish line is called “Bus Stop”. During the hairpin (a section where the athletes make a sharp 180-degree turn), the track goes down sharply, which makes the turn particularly difficult.

The Formula 1 formula cannot be completely unraveled – there are too many variables and constants in it. It is only clear that this is one large organism, where the atmosphere is literally saturated with miracles of human and technical capabilities. Throughout the history of the race, there have been happy and not so happy moments, the impossible has happened, world records have been set. All this literally keeps spectators and fans in suspense for an hour and a half.

There will probably be many bright and unforgettable moments during the 2022 Formula 1 Grand Prix Final in Abu Dhabi on November 20th. Why not witness them?