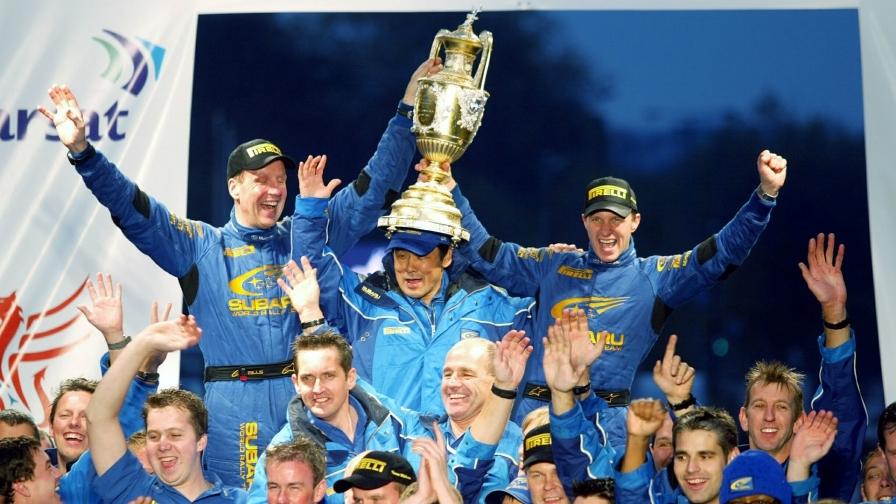 EMOTIONS WILL RUN HIGH IN THE SOLBERG FAMILY AT THIS WEEK’S WALES RALLY GB (3 – 6 OCTOBER) WITH PETTER, OLIVER AND HENNING COMPETING IN THE WRC 2 CATEGORY AND CROSSING THURSDAY AFTERNOON’S CEREMONIAL START IN SUCCESSION.

Four-time GB winner Petter is signing off from his professional driving career at the age of 44. It is his 190th FIA World Rally Championship start, placing him third on the all-time list, of which he won 13.

At the other end of the generation scale, his 18-year-old son, Oliver, makes his WRC debut. Both will drive Volkswagen Polo GTI R5s while Petter’s brother and Oliver’s uncle, Henning, will be in a Skoda Fabia R5.

Petter, who scored his first WRC win in Britain in 2002 and sealed the 2003 world title there with a second win, said: “It’s going to be quite an emotional event. There’s a lot of history for this family on this rally. It’s the perfect place for us to make this move from my driving to Oliver’s.”

Eighteen-year-old Oliver will start the rally one place ahead of his father.

“It’s good to be really close on the road,” said Petter. “That means we can talk between stages and I can help Oliver if he needs to think about the set-up. The conditions on this rally can change very quickly.”

Oliver starts the recce for the Llandudno-based event on Tuesday just six days after passing his driving test at home in Sweden. The driving element of the test was no problem for the youngest ever winner of a European Rally Championship round, but he did fail the theory test first time around.

He retook the written test a day later and passed. Solberg Jr admitted it was a worrying moment.

“I got one question wrong,” he said. “Honestly, I was destroyed. My whole world fell apart. In 24 hours I went from being absolutely on the floor thinking my dream was over to being right on the top of the world a day later.

“I have done a lot of driving this year and won a few things, but when that pressure came it was massive. But I did it and now I can focus to a rally I’ve been dreaming of competing on for my whole life.”